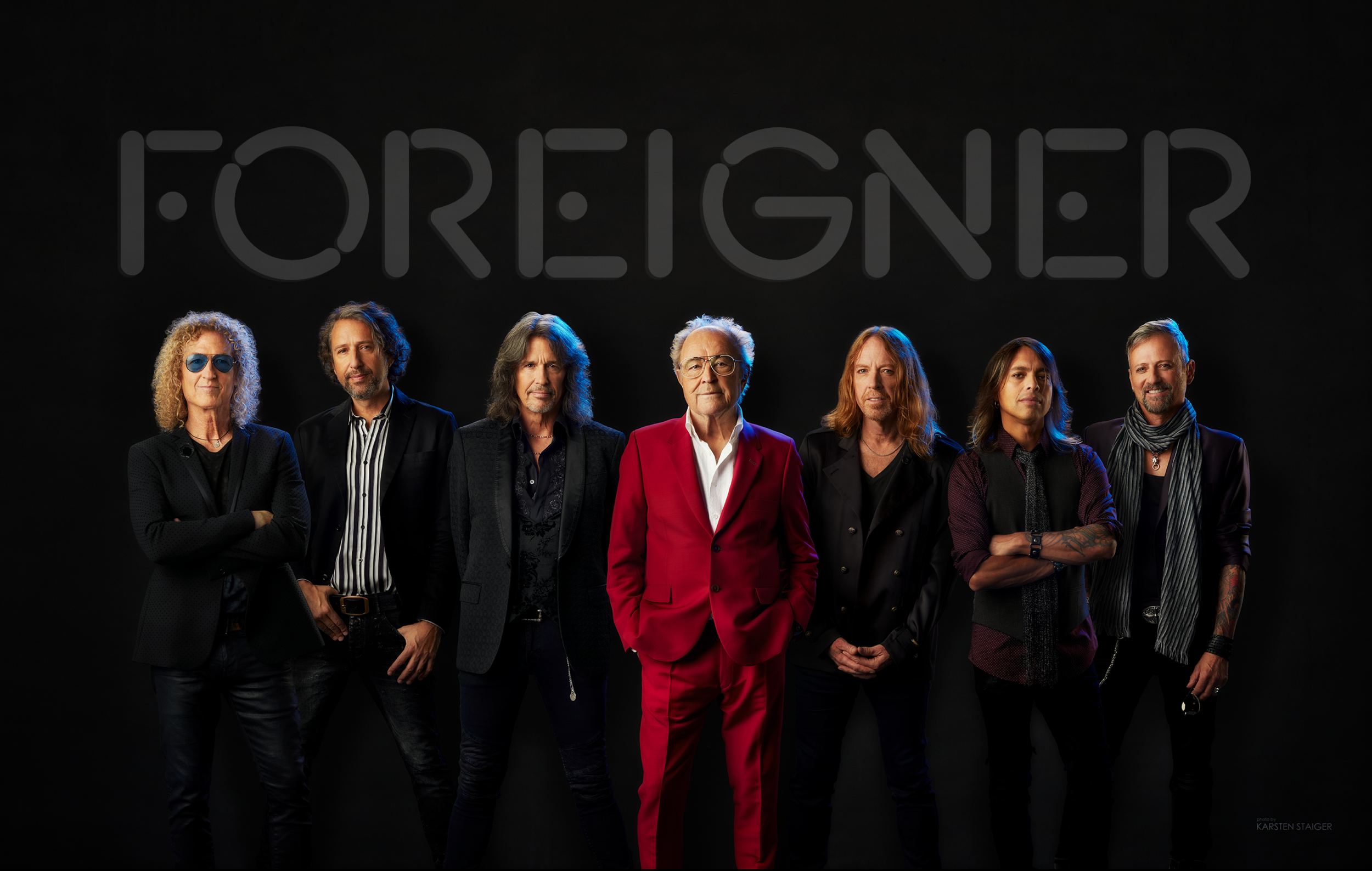 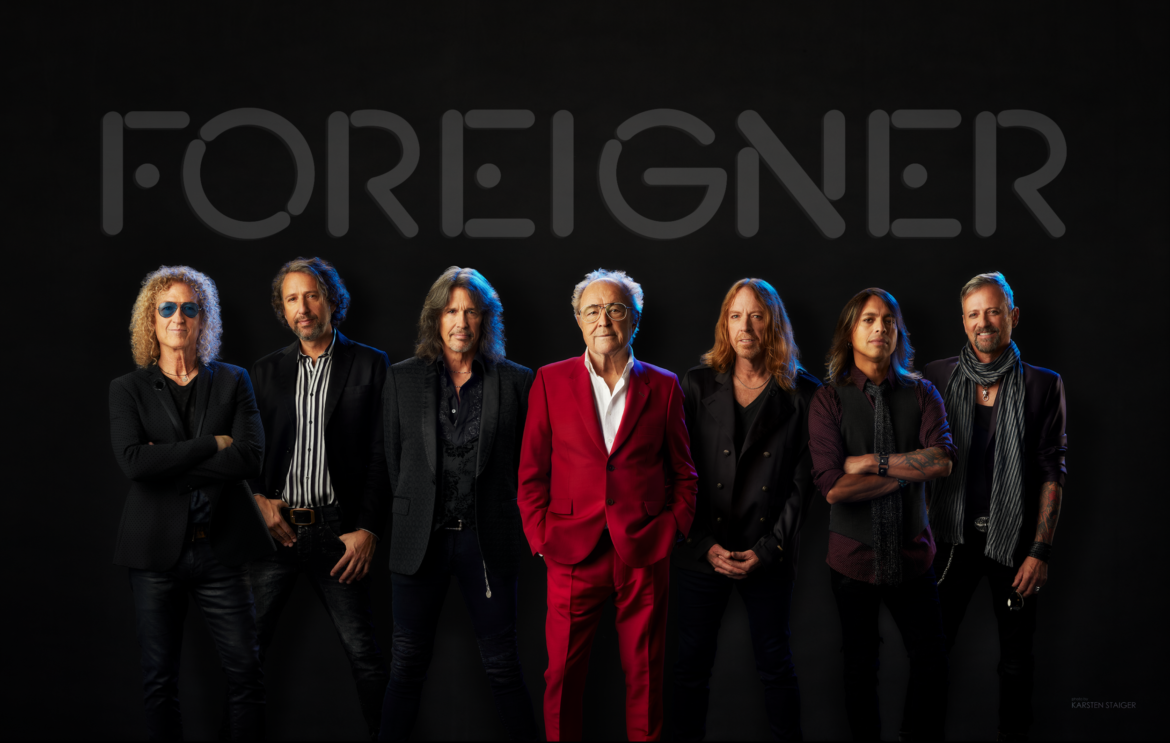 Foreigner is a British-American rock band, originally formed in New York City in 1976 by veteran British guitarist and songwriter Mick Jones and fellow Briton and ex-King Crimson member Ian McDonald, along with American vocalist Lou Gramm. Jones came up with the band’s name as he, McDonald and Dennis Elliott were British, whereas Gramm, Al Greenwood and Ed Gagliardi were American.

In 1977, Foreigner released its self-titled debut album, the first of four straight albums to be certified at least 5× platinum in the US. Foreigner peaked at No. 4 on the US album chart and in the Top 10 in Canada and Australia, while yielding two Top 10 hits in North America, “Feels Like the First Time” and “Cold as Ice”. Their 1978 follow-up, Double Vision, was even more successful peaking at No. 3 in North America with two hit singles, “Hot Blooded” a No. 3 hit in both countries, and the title track, a US No. 2 and a Canadian No. 7. Foreigner’s third album, Head Games (1979), went to No. 5 in North America producing two Top 20 singles, including its title track.

Reduced to a quartet, their album 4 (1981) hit No. 1 (for 10 weeks) in the US and No. 2 in Canada, while becoming Foreigner’s break-through album outside of North America, going Top 5 in the UK, Germany and Australia. Three of 4’s singles were hits: “Urgent” reached No. 1 in Canada and on the new US Rock Tracks chart, rose to No. 4 on the US Hot 100 and became their first Top 15 hit in Germany; the ballad “Waiting for a Girl Like You” peaked at No. 2 in both the US (for a record 10 weeks) and Canada, topped the US Rock Tracks chart and became their first Top 10 hit in the UK and Australia; and “Juke Box Hero” reached No. 3 on the Rock Tracks chart and the Top 30 on the Hot 100. In 1982, Foreigner released its first greatest hits album, Records, which has gone on to sell 7 million copies in the US. In 1984, Foreigner had its biggest hit single, the anthemic ballad “I Want to Know What Love Is”, which topped the US, UK, Canadian and Australian charts, while hitting No. 3 in Germany and the Top 10 in numerous other countries. Its source album, Agent Provocateur, was the band’s most successful in the UK, Germany and some other countries in Europe, where it peaked at No. 1, and in Australia where it peaked at No. 3, while making the Top 5 in the US and Canada.

After a break, Foreigner released Inside Information (1987), which despite the No. 6 US and Australian hit, “Say You Will” (which also rose to No. 1 on the US Rock Tracks chart) and the No. 5 US hit, “I Don’t Want to Live Without You” (which also reached No. 1 on the US Adult Contemporary chart), had a large sales drop-off, only hitting the Top 10 in a few European countries with a No. 15 peak in the US. The band’s most recent albums, Unusual Heat (1991), without Gramm, who departed due to the band’s shift towards the use of synthesizers, Mr. Moonlight (1994), with Gramm back on vocals, and Can’t Slow Down (2009), once again without Gramm, were not major sellers; the highest chart positions were obtained in Germany, where the last album peaked at No. 16. Foreigner is one of the world’s best-selling bands of all time with worldwide sales of more than 80 million records, including 37.5 million in the US. Leader Mick Jones has been for many years the only founding member still involved. https://www.foreigneronline.com 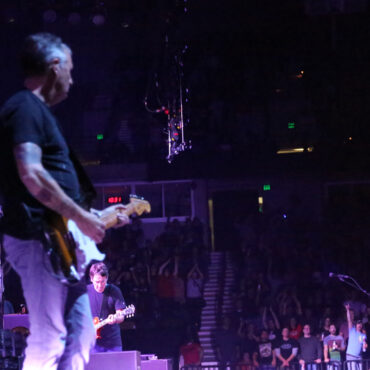 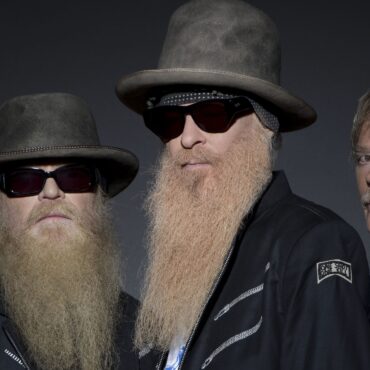